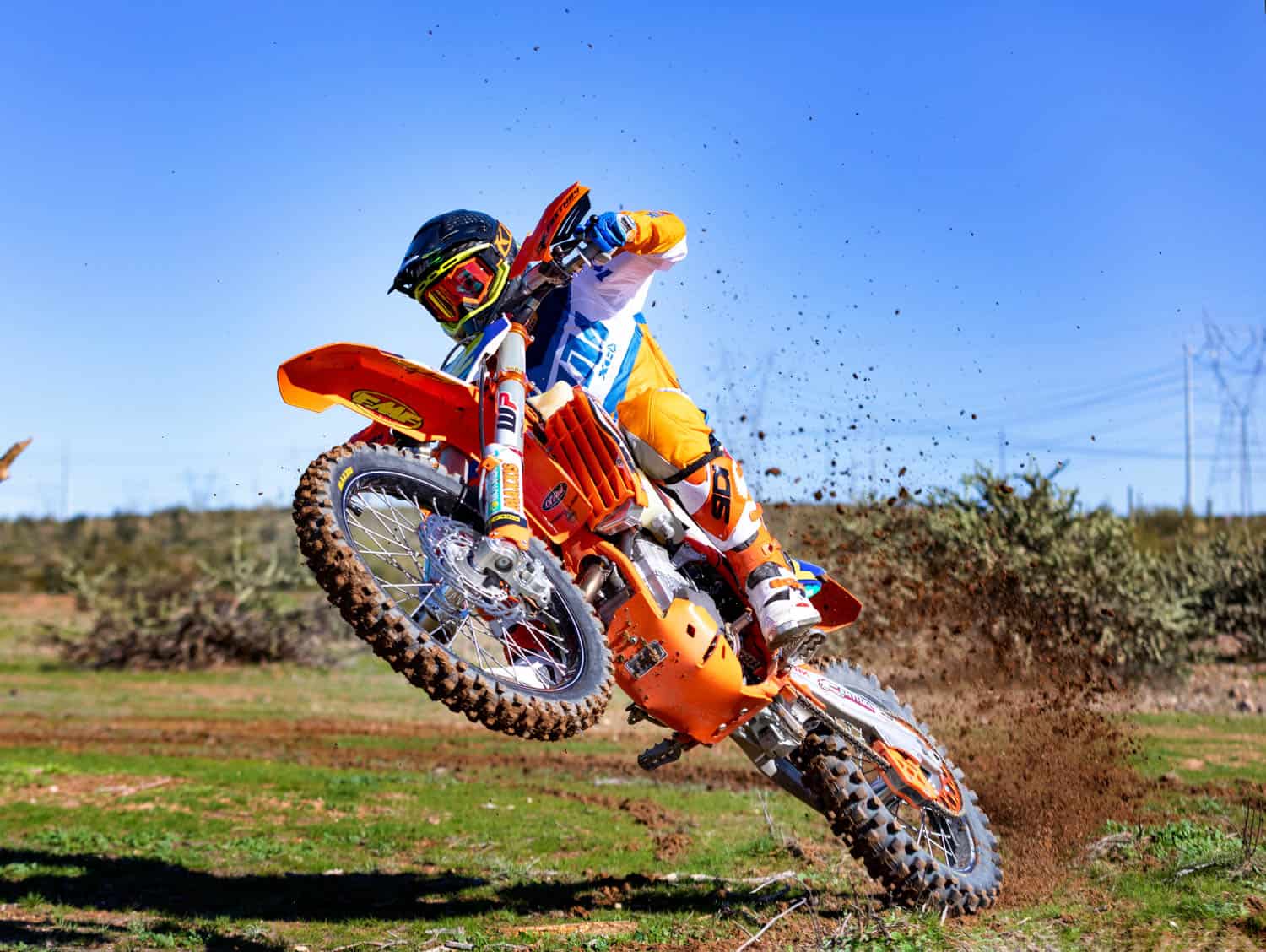 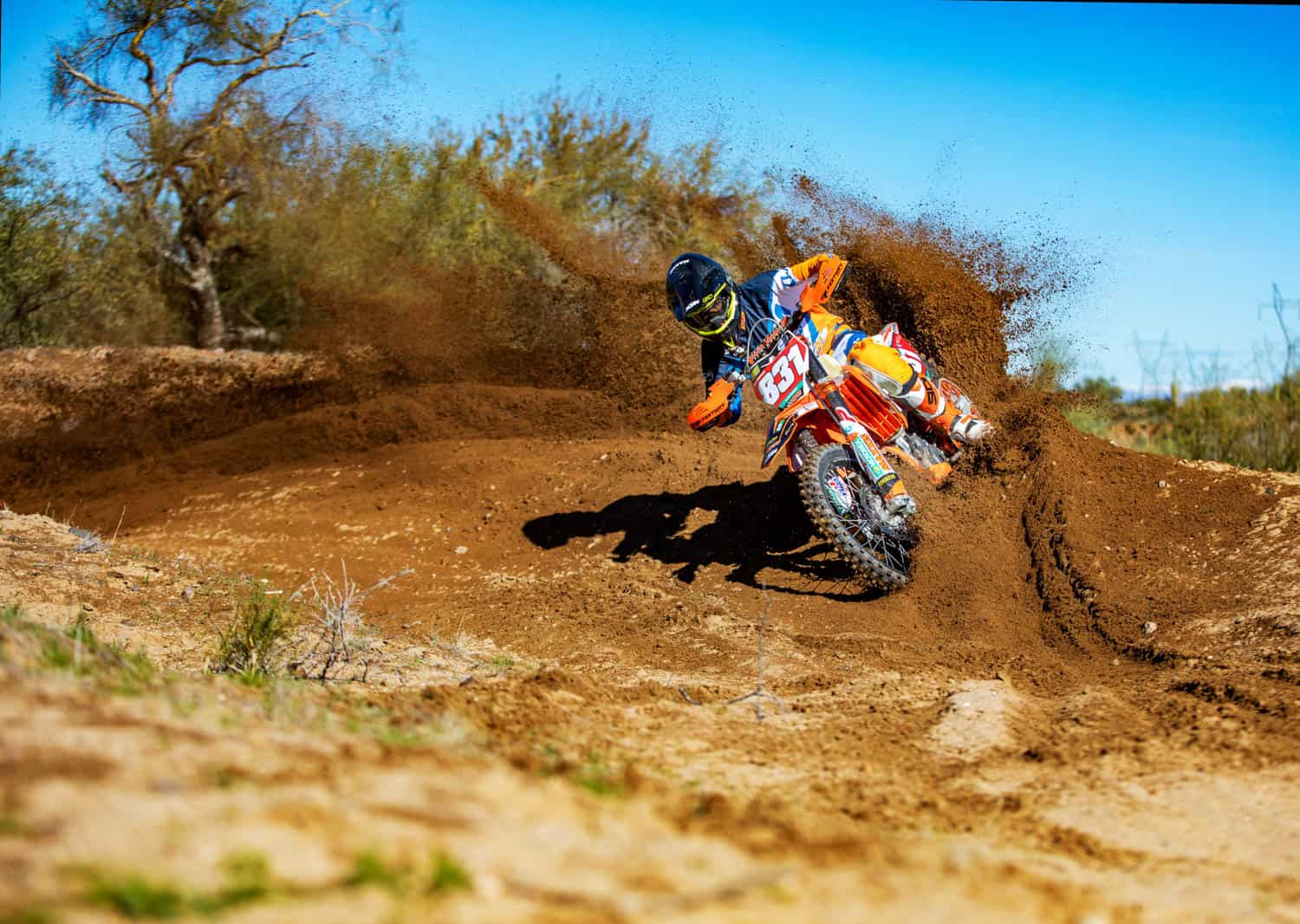 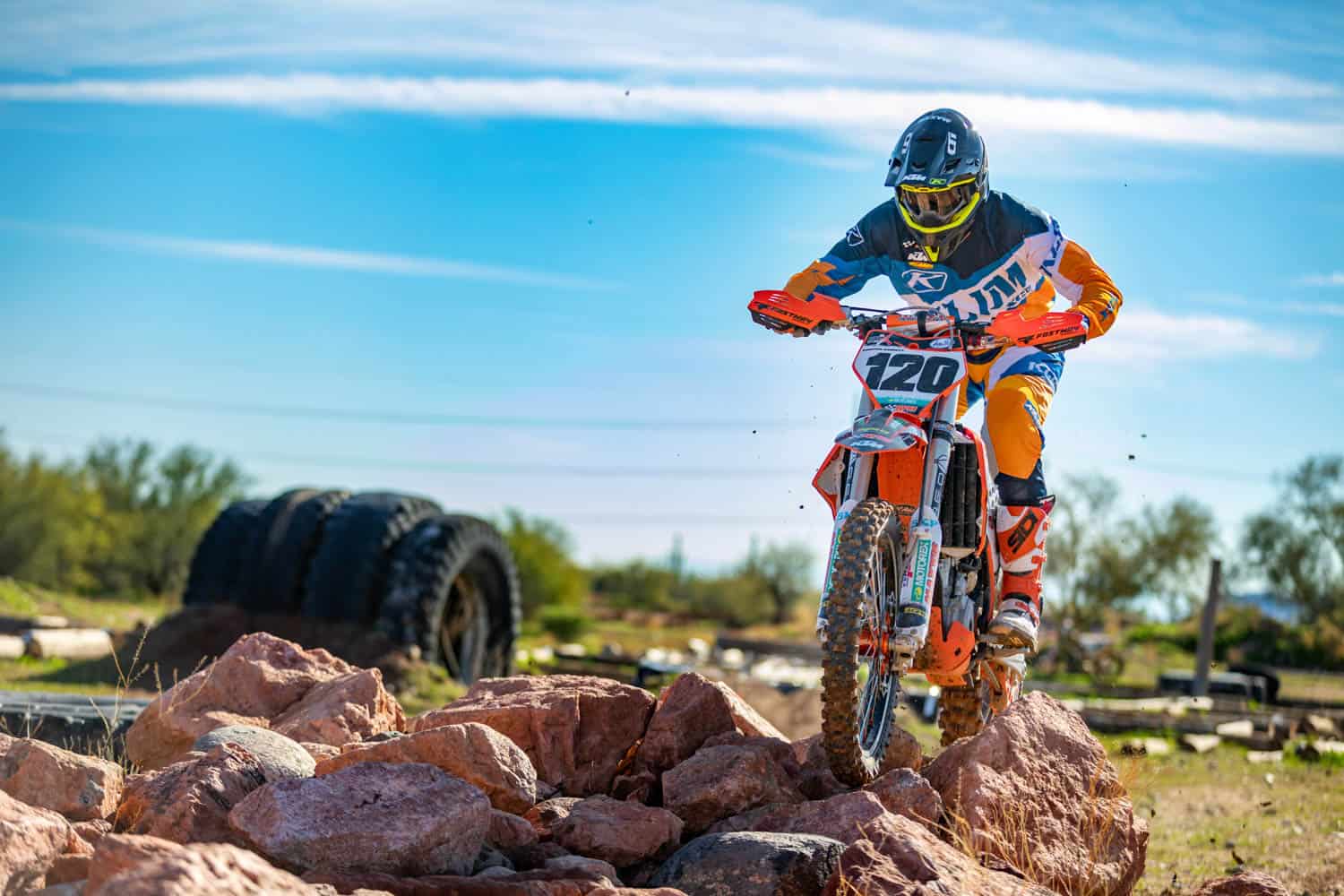 Cooper Abbott: Peoria, AZ. KTM 350 XC F and 300 XC-W TPI. Cooper will compete for the AMA EnduroCross Championship and the WORCS Sprint Hero Open A Championship as well as select WORCS Pro 2 and AMA Extreme Hard Enduro event wins. Cooper comes from a family of racing heritage and shows all the same winning signs as his father, Destry Abbott and grandfather, Boyd Abbott. Cooper won the 2019 WORCS Pro 2 event in Las Vegas won the WORCS Sprint Hero Open A Championship. A practice crash and broken hand ended the year and ruined our hopes of strong finishes in the EnduroCross series. Coopers hand is healed and he is ready to compete for race wins and Championships in 2020. 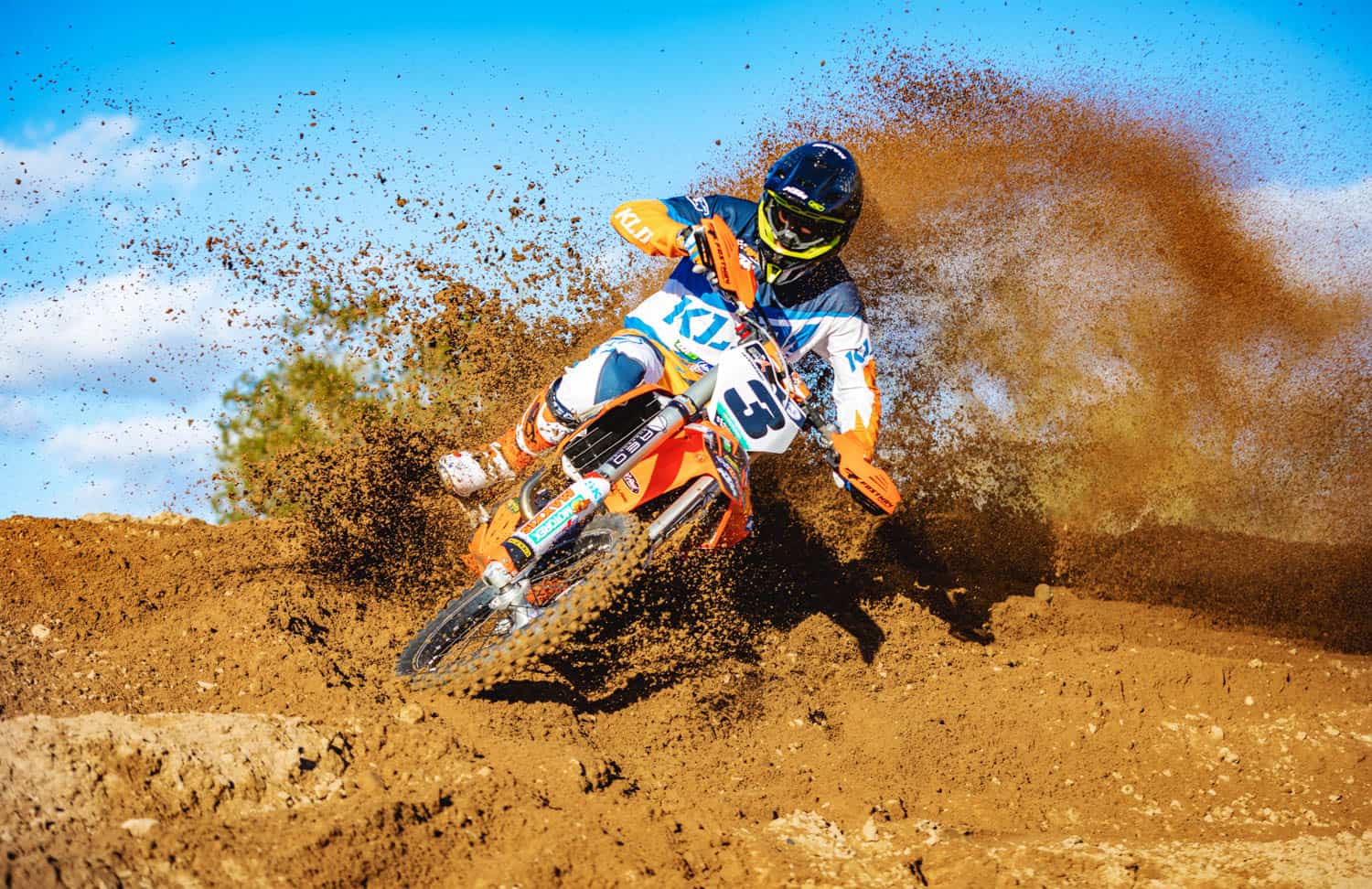 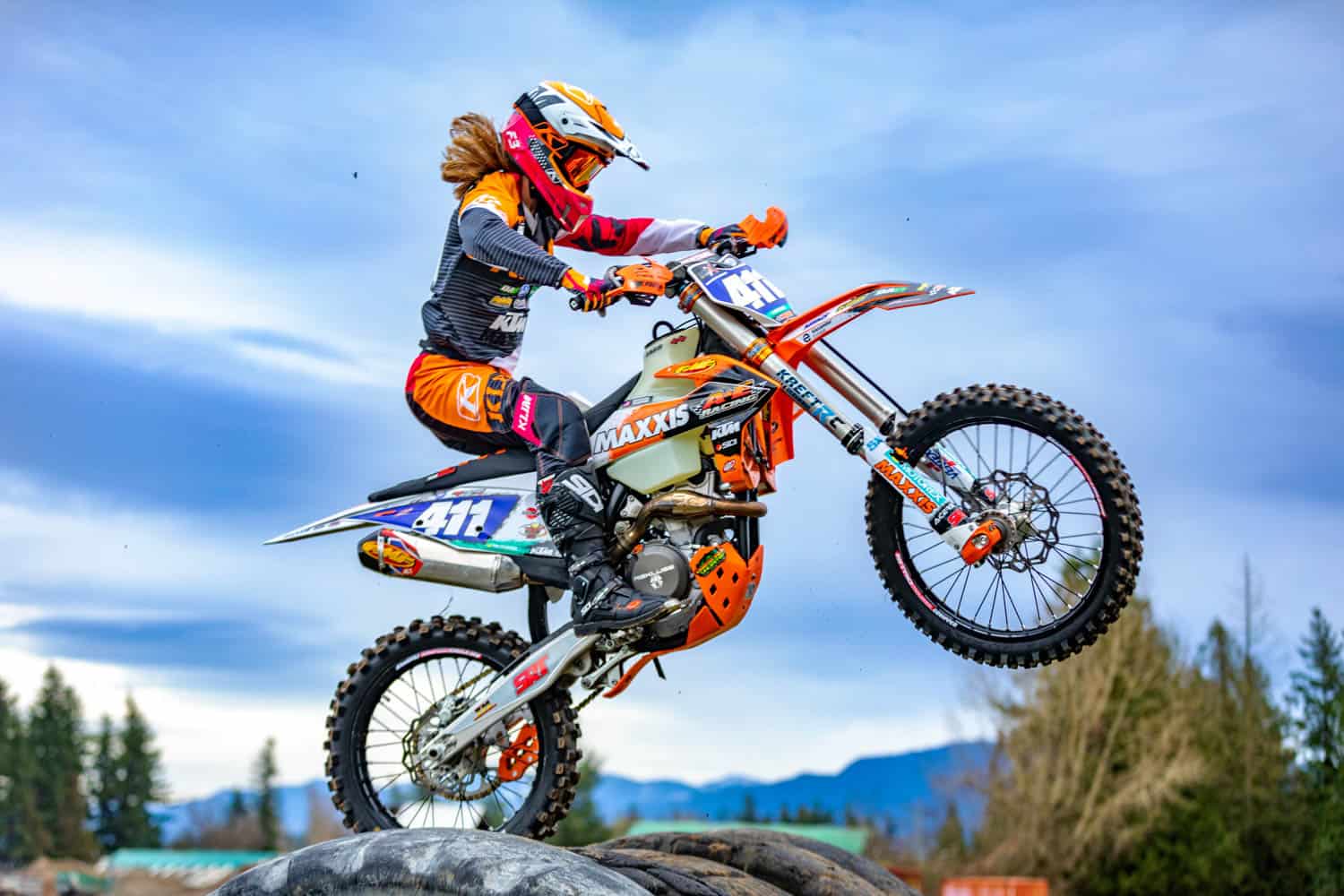 Maria Forsberg – Hahn: Lynnwood, WA. KTM 250 XC F. Maria will compete for the AMA EnduroCross Women’s Championship in 2020 as well as select AMA WHS, NMA and NORCS events in the West. Maria took a couple years off from racing to start a family. Her family is complete with 2 awesome young children and a very supportive husband, Ted Hahn. Maria finished 3rd in the 2019 EnduroCross series. Maria has a long list of accomplishments from the past racing including 4 GNCC WXC Championships. 4 WORCS Championships and One EnduroCross Championship. She also has won 3 Xgames Gold Medals, 3 Silver Medals and 2 SDE 6 Days Gold Medals. 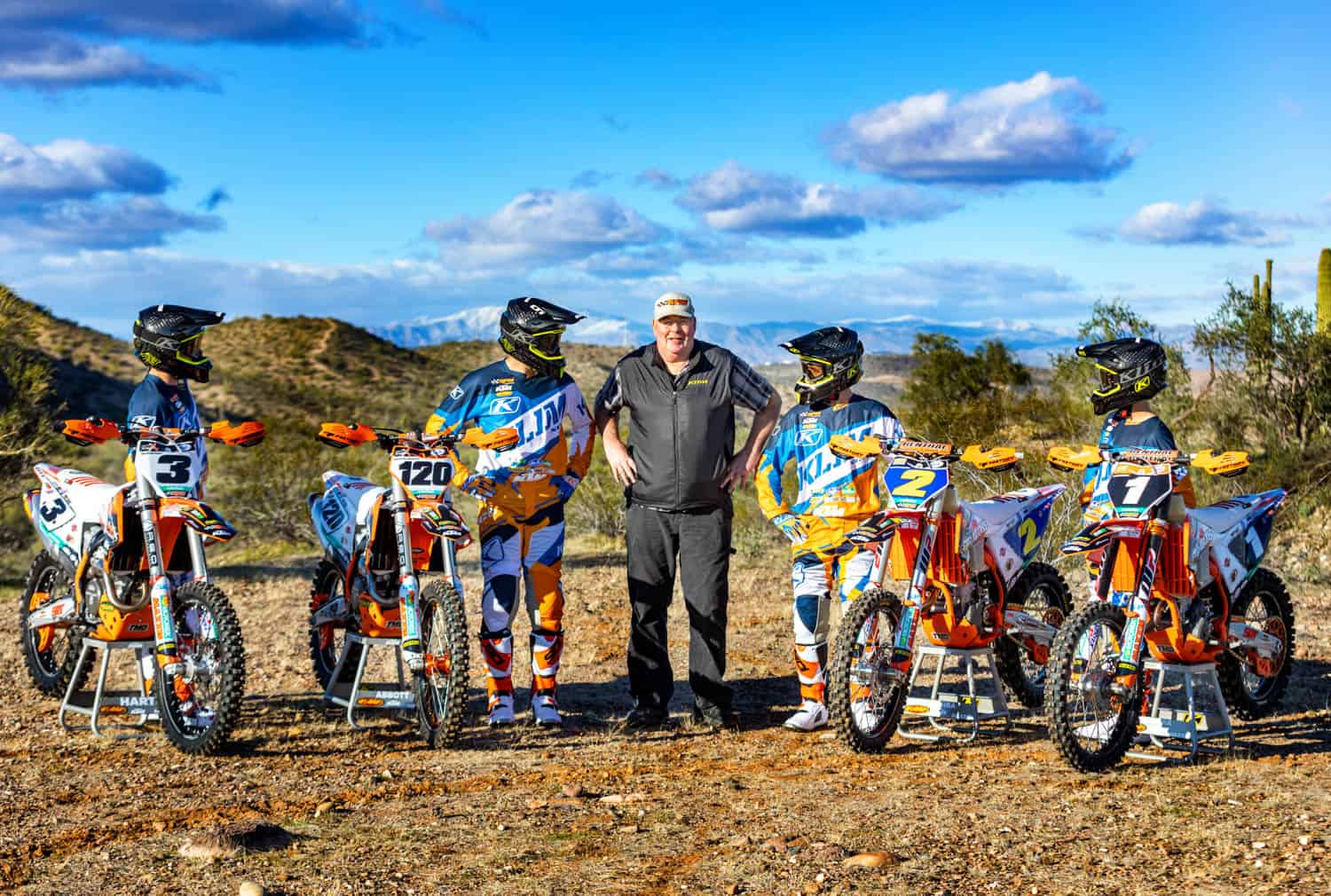 Team Owner – Mike Hurlbert: “We are looking forward to racing in 2020. This is a great group of riders that can win multiple races and championships. Thank you to all our sponsors, friends, fans, family and supporters. Special thanks to all the hardworking race series promoters, photographers, media, journalists, course workers and staff that help with WORCS, Sprint Hero, AMA EnduroCross, AMA Extreme Off Road, AMA GNCC, AMA National Grand Prix Series and ISDE . Special thanks to the NMA and the Stump Jumpers who put on the Desert 100 in Odessa Washington where 2,500 plus riders show up for a good time every April ”.

Our KTM Dealer Support sponsors are:

All photos by Mary Rinell

Join the club!
Subscribe now for discounts and product announcements.